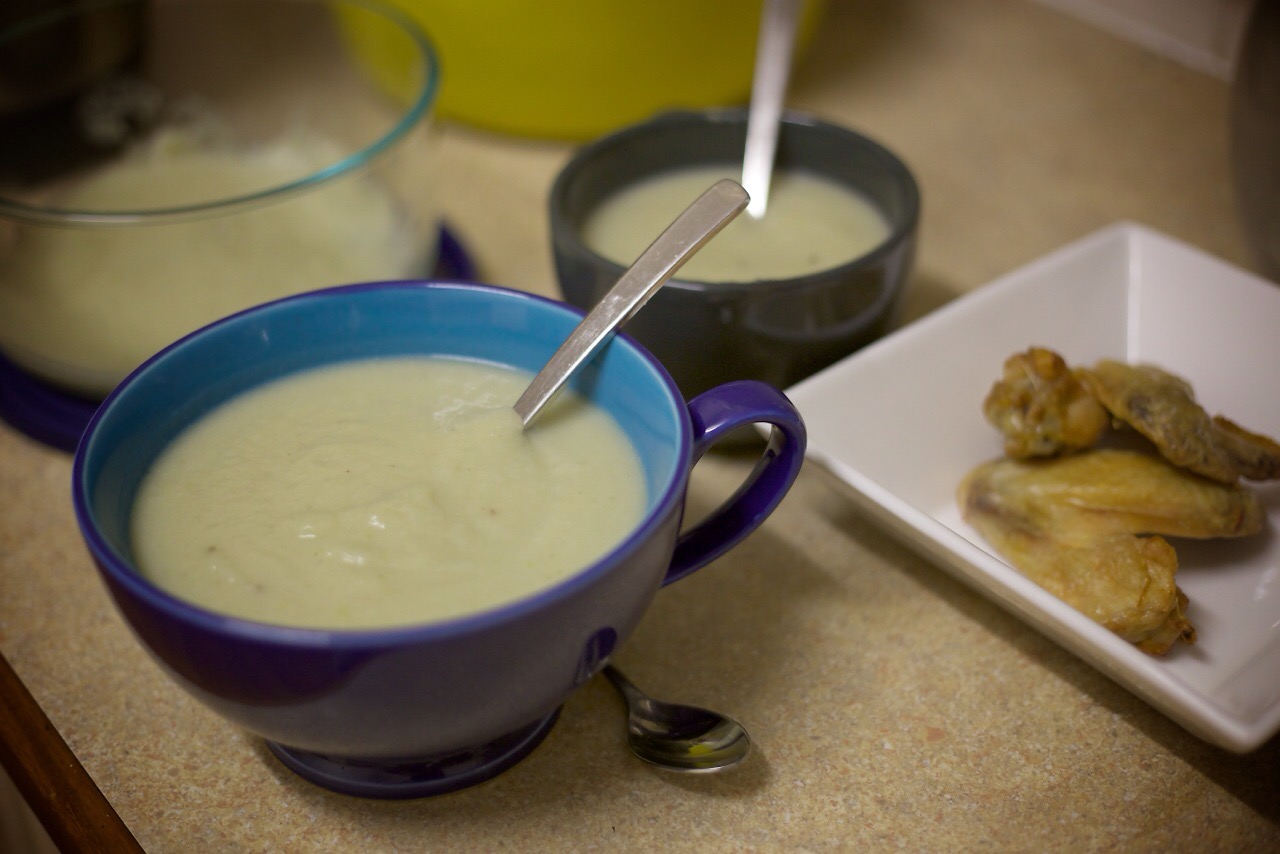 This soup isn’t racist. It just is what it is. We can call it Caucasian Soup if it makes you feel more PC. I used white sweet potatos, I don’t have anything against their colored counterparts, I love them too, today I just wanted the white ones….. Which are actually purple on the outside. I know, what sneaky b@stards. The ones that are white on the outside are actually PURPLE on the inside. Seriously, shut the front gate. Luckily for all of us, the orange sweet potato knows what he is, orange outside, orange inside. He’s a straight shooter not like those other two. Cunning as bloody foxes some of those sweet spuds.

Add the veggies to a big pot & pour over the broth. Bring to the boil then reduce to a simmer for about 20mins until the veggies are soft. Add any remaining ingredients then use a stick mixer or food processor to blend until smooth. If you want a thinner soup you can add more broth or some water.