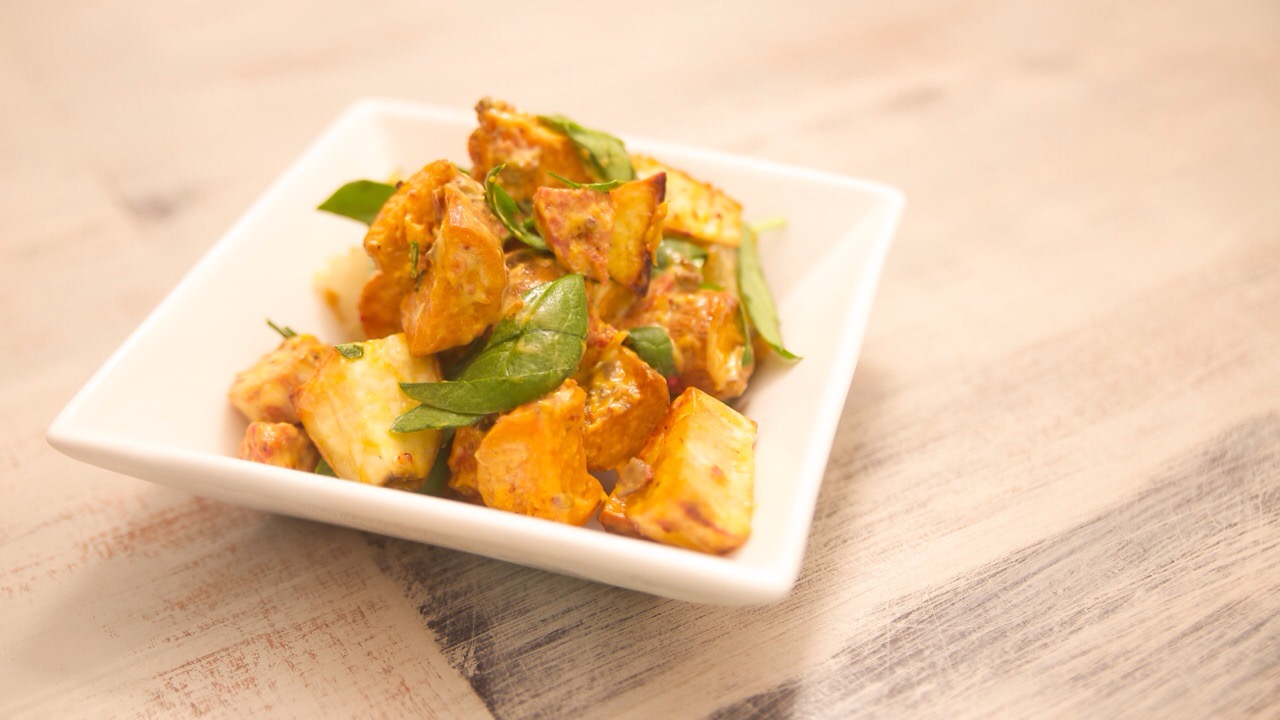 Who doesn’t love a good old potato salad? Not that cr@p you get from Coles, the real deal stuff that your aunt used to bring to family BBQ’s! Here’s my version, I used a mix of orange & white sweet potatoes but regular white potatoes are just fine too. Paleo police don’t go losing your mind, they are potatoes for $hits sake. I hardly think that the occasional white potato is responsible for the diabetes & heart disease epidemic we are facing. I’m not talking Macca’s deep fryed in highly toxic trans fat potato in the form of ‘fries’ either so don’t go thinking that’s on the table, it’s not. That’s crappier than Coles potato salad. Onwards with the recipe.

1 chorizo, diced (or bacon) or leave out for a vegetarian version

Preheat your oven to 180C and roast your sweet potato/potato for 35-45 mins until cooked. Remove from oven & allow to cool.

In a food processor/high speed blender/or using an emersion blender, add the egg yolks and Dijon mustard and blend until smooth, with the blender still running, slowly drizzle in the oil so it is being completely incorporated as you go. Finally add the lemon/lime juice, salt, pepper & seeded mustard & give it another good whizz.

In a frypan cook the chorizo (or bacon) until crispy. Set aside.

In a large bowl, add the cooled sweet potato & chorizo (& any fat in the pan) then drizzle over enough of the dressing to coat the potatoes. Toss gently to combine. If using the baby spinach and/or eggs add these now and give another gentle mix. That’s it. Done. Eat it.