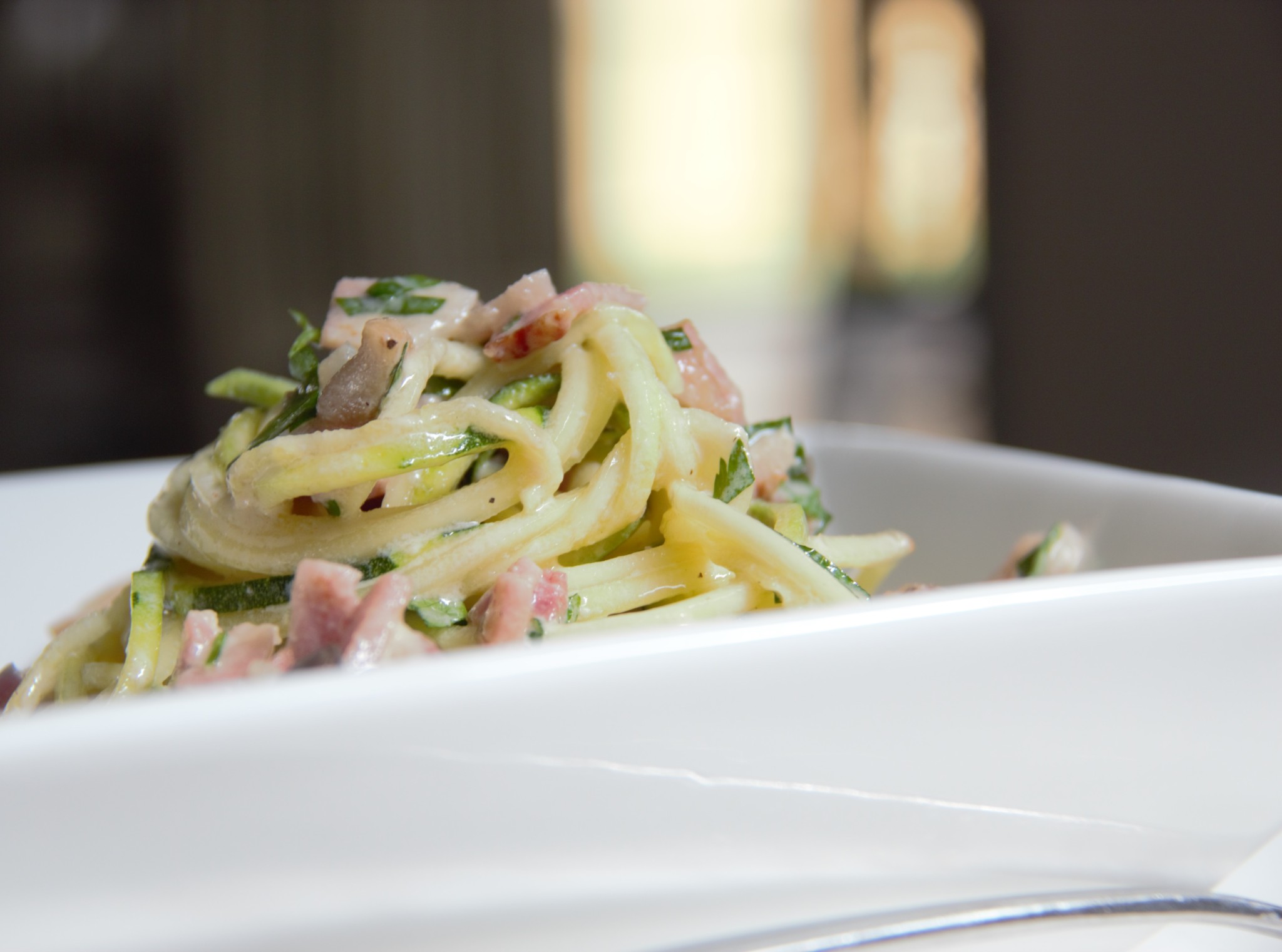 As a kid carbonara was my favourite pasta dish. That gluteny deliciousness that would sit like a rock in my guts for HOURS! It’s not surprising that gluten makes so many people feel totally $hithouse these days. I love some of Chris Kresser’s research on gluten & specifically non-celiac gluten sensitivity, just because you are not celiac, does NOT mean that gluten is your friend. Do I think gluten is contributing to the demise in the health of our nation? Maybe. Maybe not. What I absolutely believe is that if you are sitting down to a nice big bowl of gluten-filled pasta, you are NOT sitting down to a nice big bowl of veggies and veggies win out in the nutrition stakes every single time. These days gluten & I ain’t such good mates, & dairy & I also have a love/hate relationship. This bad boy is free of both of those things & is packed with way more nutrition than the carbonara of old. Loaded with sneaky veggies, this healthy hack on an old fav is sure to be a crowd pleaser. 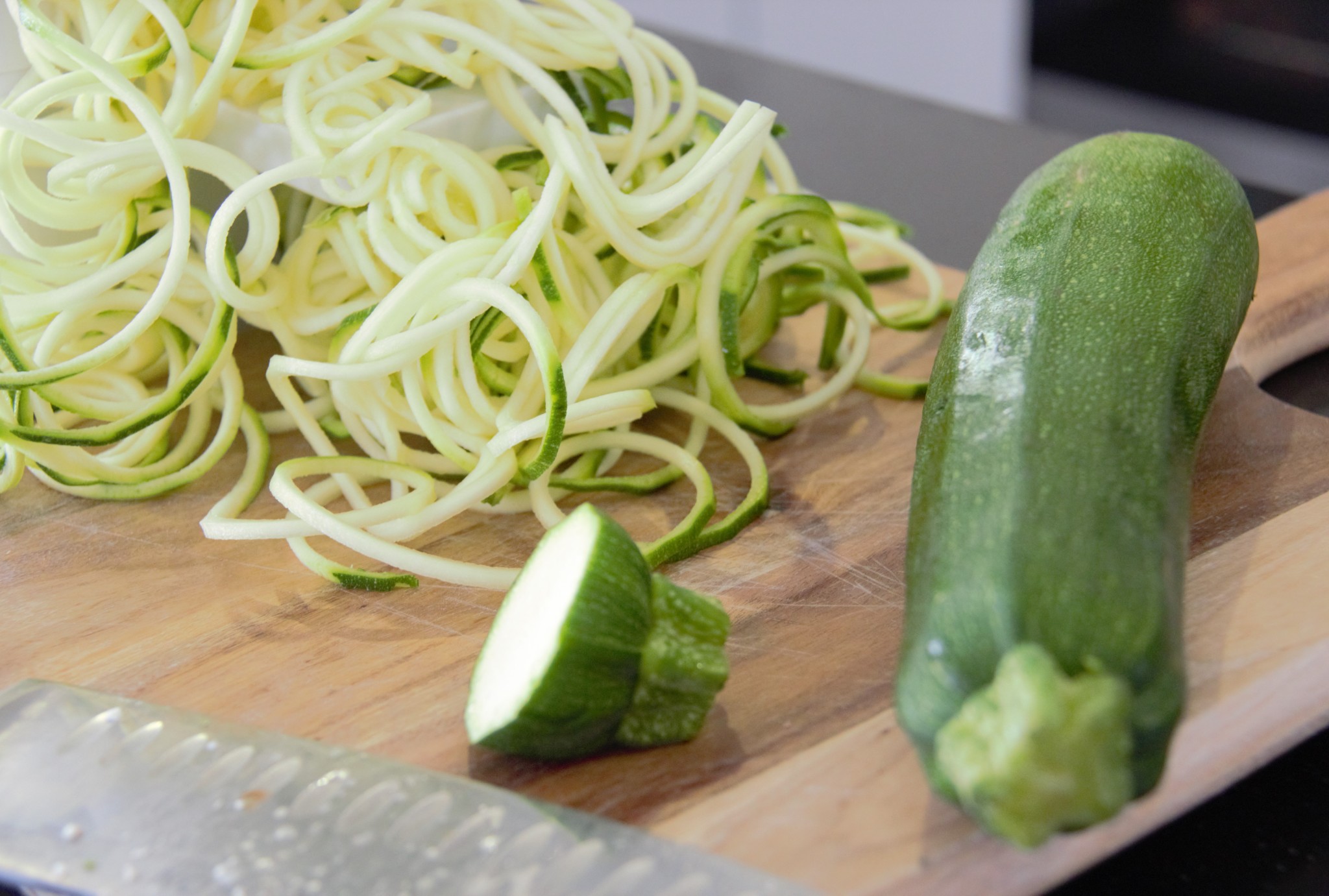 1/4 cup fresh parsley, finely chopped
So, get all your bits ready to go, you don’t want to be faffing about making zucchini noodles while your bacon is burning. Don’t burn the bacon or we can’t be friends.

Heat a large frypan with a dash of coconut oil and whack in the garlic, onion & bacon & cook that biz until the onion is soft & the bacon is cooked. Add the mushrooms. Once the mushrooms have softened, add the coconut cream and cook over a low heat until it starts to simmer. Remove the pan from the heat, season with salt & pepper then while stirring continuously, add the egg yolks and keep mixing so they don’t scramble! Add in the zucchini pasta & parsley and toss gently to coat. The heat from the sauce will be enough to cook the zucchini al denté though if you want it cooked more you can pop it back on the heat for a few moments. That’s it. Serve it up.