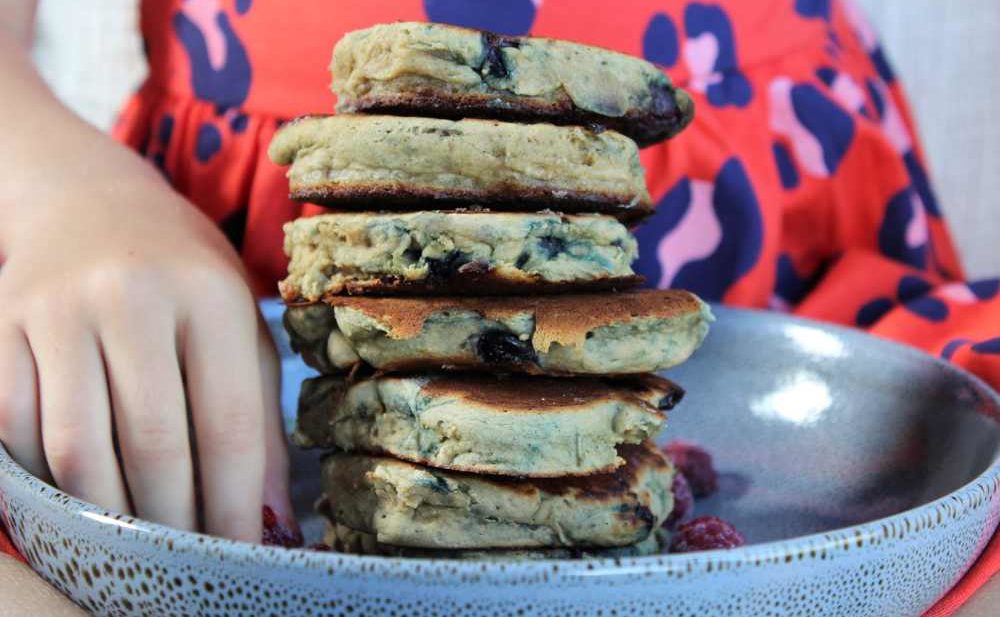 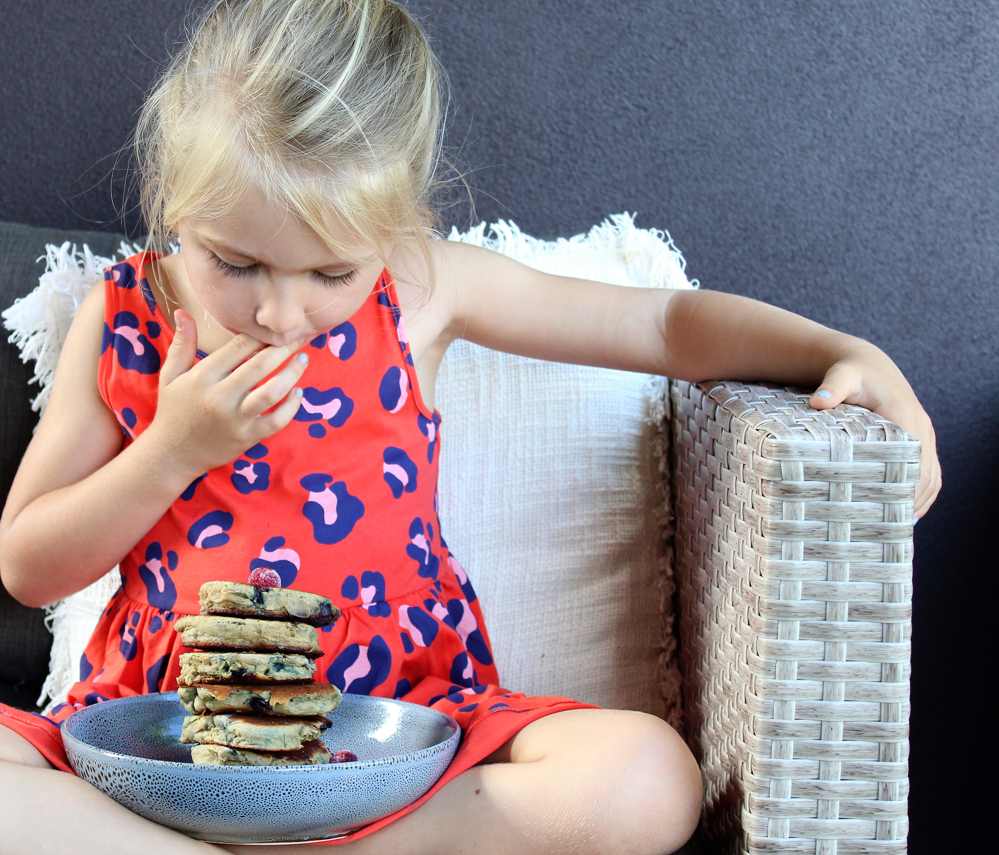 We love a bit of pancake action in this house but when G started reacting to eggs the pancake making escapades became few and far between because if you have ever attempted to make egg-free pancakes you’ll know that they can be pretty ordinary. My dad usually calls the attempts we have had at making them ‘vomit pancakes’ which of course G also repeats. “Mum are we going to make vomit pancakes today?”. Thanks dad. I’m not going to lie, they often taste really dry and kinda like old shoes, which is a sub-optimal outcome for pancakes, until now. These ones are light, fluffy, egg free, vegan and all the obvious ‘frees’, gluten, dairy & refined sugar, but NOT taste free. They are actually epic, I might even feed some to my dad and see what he thinks….. or not. I’m going to do a remake with a completely grain-free version so i’ll keep you posted on that. Hot tip, make sure you have a decent frying pan, it makes pancake life much easier! 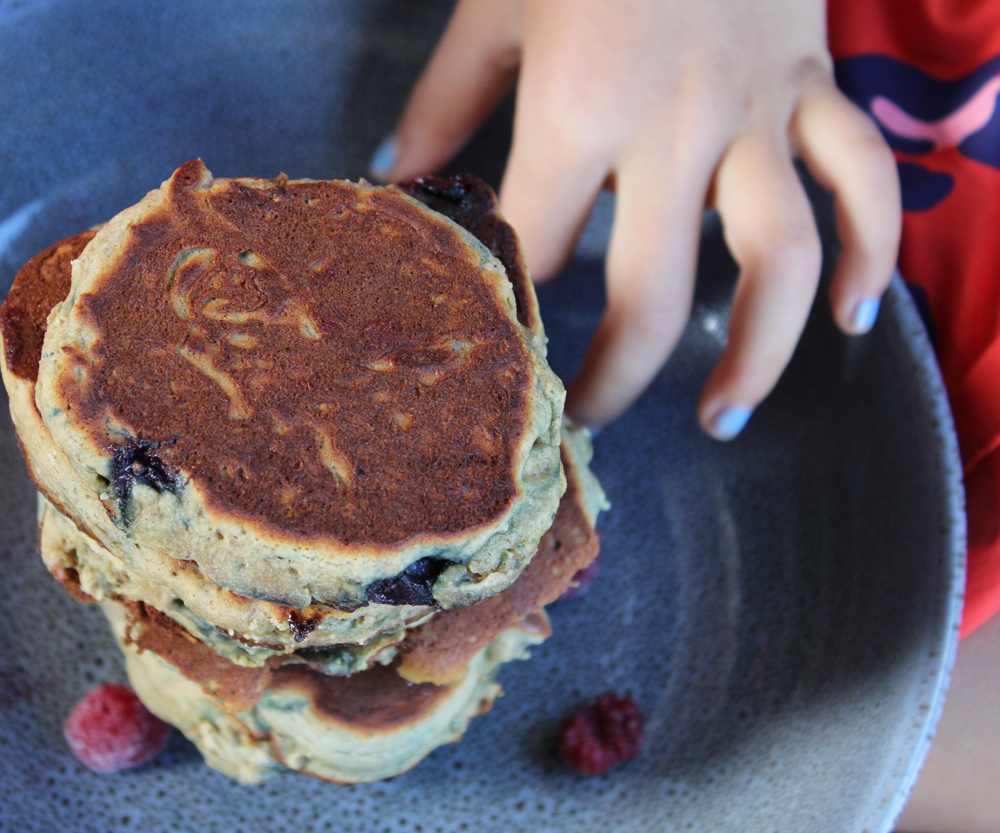 Anyone else’s dad have absolutely no filter most of the time? He tells the kids they need to put shoes on to go to the shops so they don’t look like dirty, filthy hippies, which is FINE about the shoes at the shops but now every time G sees someone anywhere without shoes on she yells ‘look! There’s a dirty, filthy hippy!’. *Face palm. 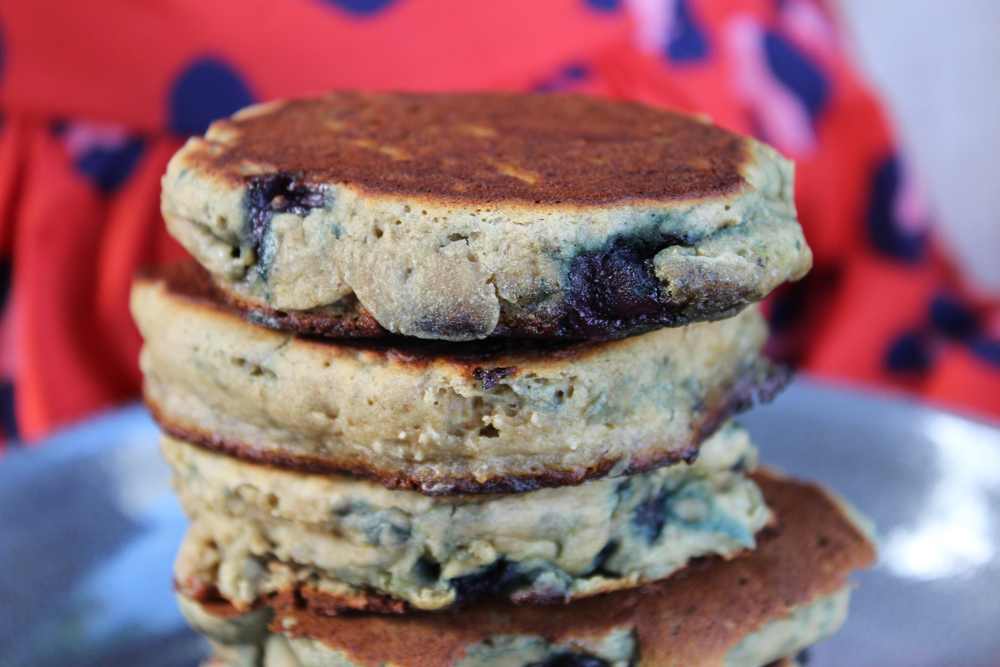