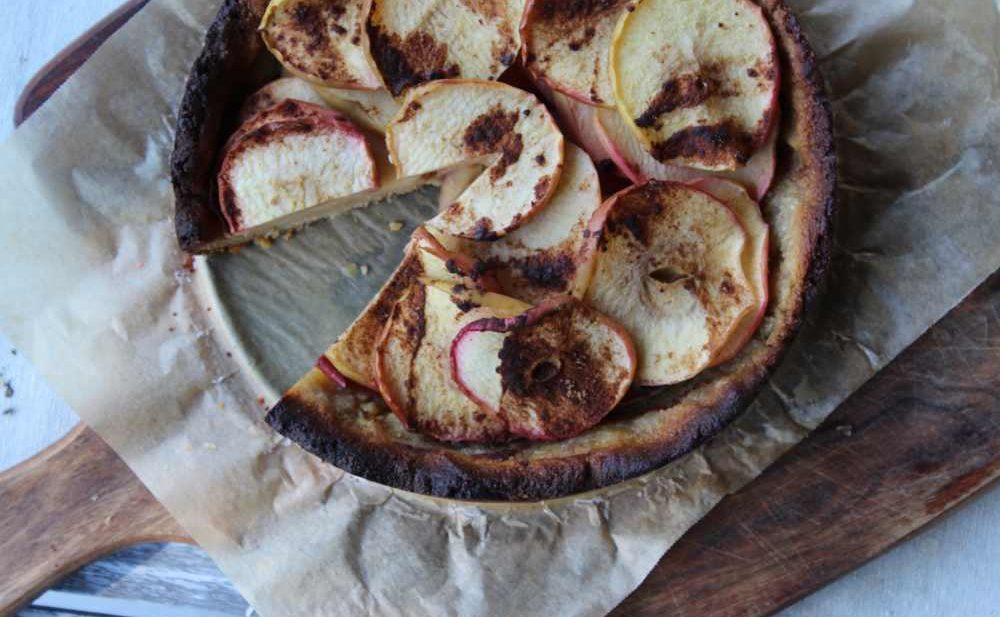 Last week I was lucky enough to be invited to attend the launch of the Jazz Apple season event hosted by Montague at Three Blue Ducks Brisbane. I had never had a Jazz apple until then but I am now absolutely a convert and G loved them too (and we all know G would say they were $hit if she thought so). Super crunchy, super juicy, super delicious and holy, the way the chef at the event showcased these apples was next level! Raw kingfish, compressed apple salsa and burnt citrus dressing, chicken liver parfait served on crispy chicken skin with shaved apple, pork belly with parsnip puree, beet and apple slaw and fennel granola, roasted figs, vanilla, anglaise and apple jelly. See, next level I tell you.

I left there with a small loot of apples and decided to try my hand at a paleo apple pie and I have to say, it was a huge hit at our place. The only thing missing was a good does of Cocoluscious ice cream but next time I’ll be prepared for sure! This isn’t like a regular apple pie, the apples still have a wonderful crunch and firm texture and aren’t overpowered by lots of ingredients or pastry.

This error message is only visible to WordPress admins