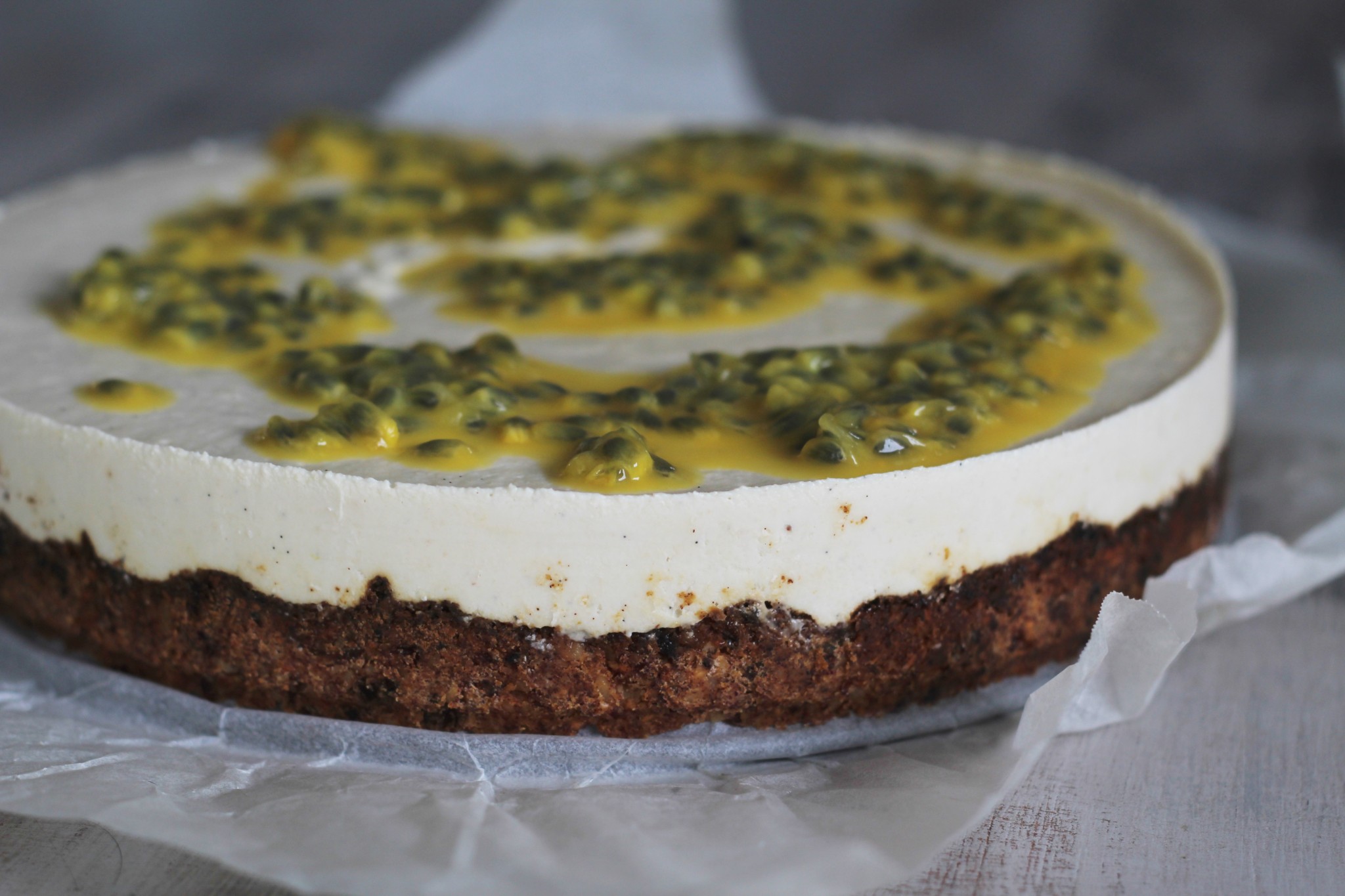 So, funny story. I was invited to this birthday party where I knew approximately exactly 2 people. I was nervous enough about that as it was. So, I said I’d make a cake. Sure way to make friends and influence people right? Give them cake. Oh no, I think that’s booze. Should have taken booze. Not cake. Anyway, I wasn’t sure if the rest of the party peeps were going to be “into” my healthified Paleo, vegan, sugar-free, dairy-free, gluten-free, raw cheesecake. In hindsight the odds were NOT in my favor but I carried on on my merry cake-making way oblivious to the fact that this could be a total fail and I could leave the party with approximately exactly zero friends. Just before the cake came out there was much conversation about how someone had previously made a Paleo cake for one of the kids’ birthdays and it was allegedly the WORST CAKE EVER. Like in the entire world. The kids were still talking about it a year on and were begging not to be exposed to Paleo cake ever again in their lives. At this point I am panicking and trying to work out how I am going to run away, with or without my cake, without anyone noticing. Instead I cracked open a bottle of Bollinger….. Because champagne fixes everything and if I was about to have a disaster-chef moment I might as well………Fast forward to the cake. They ate it, they liked it, there was even second servings. They could have been lying to me but I didn’t see anyone spit it in the garden so I’m calling this cake a success.

1 cup macadamias (or nut of your choice)

Line the base of a springform tin with baking paper and grease the sides with coconut oil. In your food processor pulse together all the base ingredients until the form a rough dough. Press into the bottom of the tin and pop into the fridge. * You could bake the base if you wanted to. I have done that before and it’s delicious. 10 mins on 200C then pop in the freezer to cool completely before you top with the filling.* 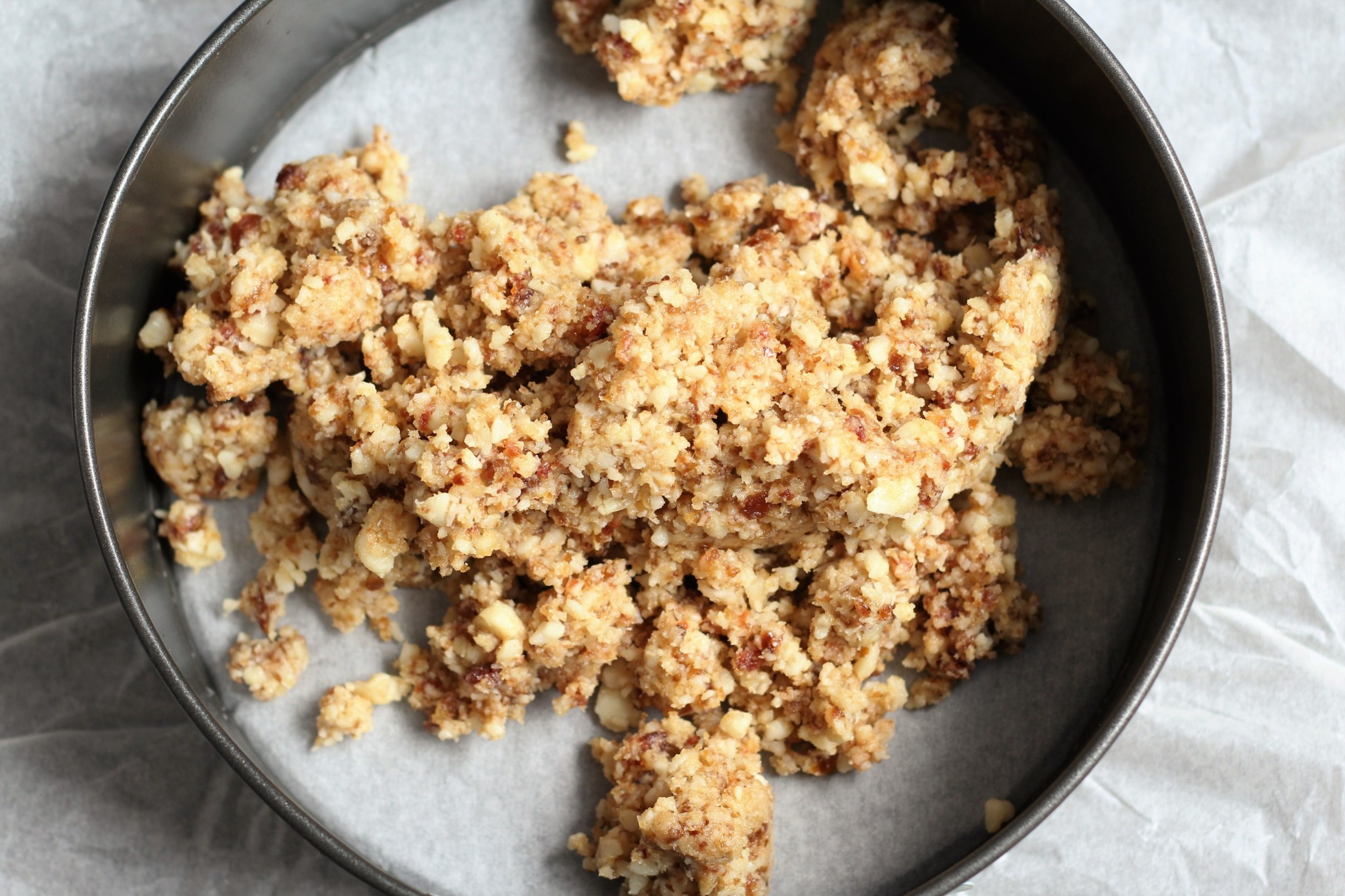 Add the cashews and coconut cream to the food processor & blend until smooth. Add all remaining ingredients except the passionfruit and blend again well to combine. Pour this mixture over the base and pop it in the freezer for at least 4 hrs to set. Top with the passionfruit before serving. Allow to stand out of the freezer for 10 mins before cutting. 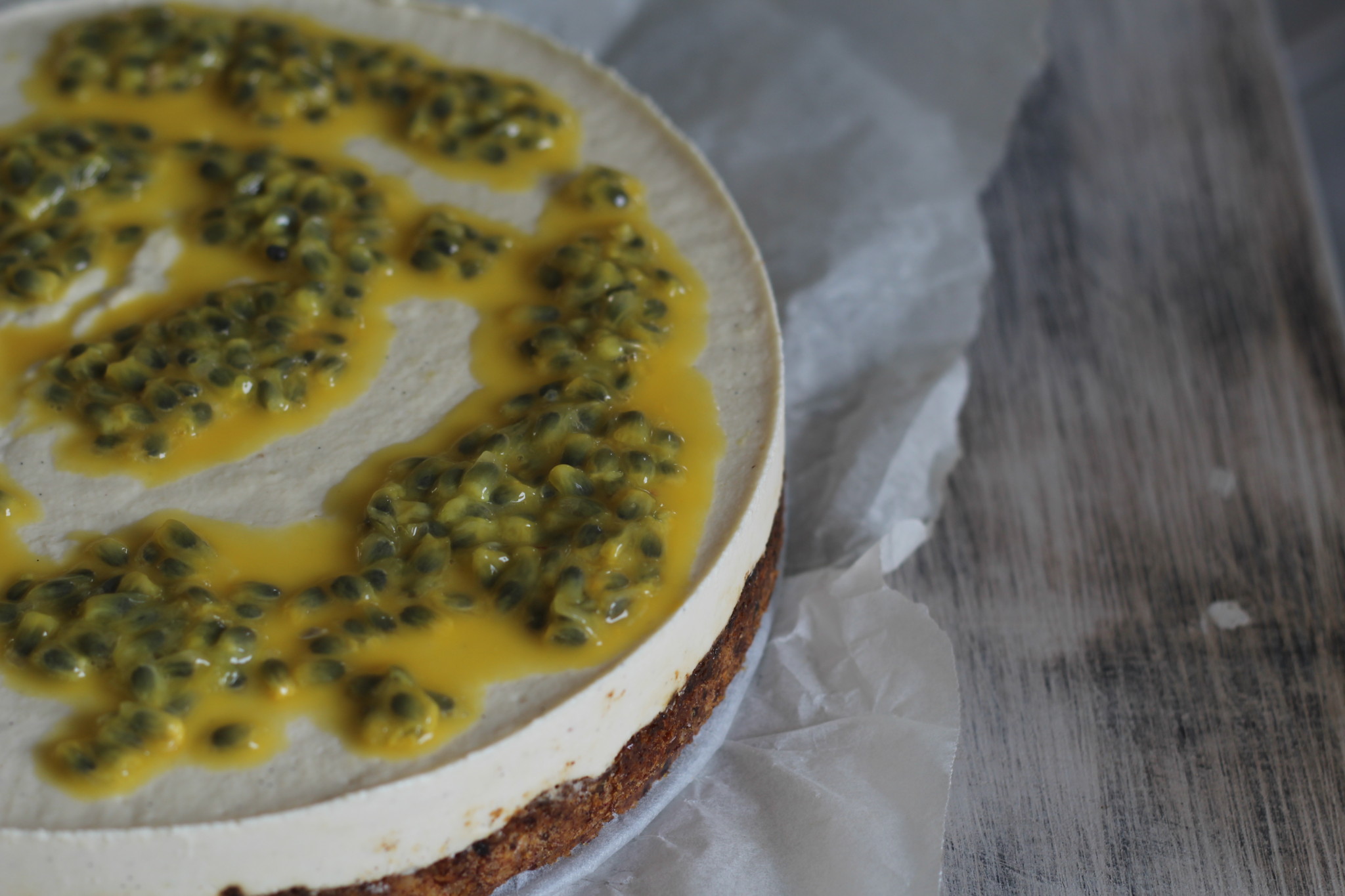