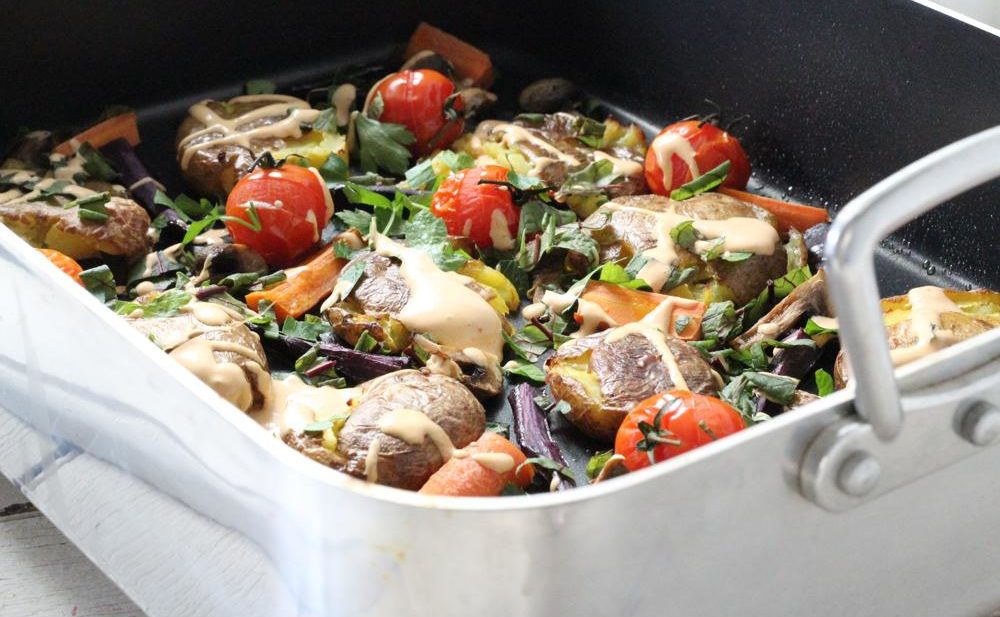 I remember when I first went “paleo” about 5 years ago I was militant. Like absolutely bloody fun-police. Not a single legume (no f’ing peanut butter) or white potato would pass my lips. Seriously. If I could go back now and uppercut myself I would. I’d 100% tell myself to just calm the fu&k down and just eat real food rather than freaking out about a white potato on my plate instead of a sweet potato. My personality at the time was very much ‘all the way or not at all’ and that applied to most aspects of my life, I was crossfitting and was training way too hard, my energy was low and my adrenals had $hit themselves so my solution was that I should ‘crossfit harder’ and ‘paleo harder’. It took me a while and a complete body meltdown to realise that sometimes more isn’t always better, it’s just more and what I actually needed to do was train less and relax my strict attitude around food.  I stopped doing crossfit (which I loved and still do, it’s just not a form of training that serves me right now), I started doing yoga, meditation and walking. I realised that being obsessed with a strict paleo diet did not serve me and that my body actually did fine with a bit of good quality peanut butter, organic butter and some white potatoes so I could continue to have a very nutrient dense diet and still include the things that worked for me, jeezus, it’s not like its a Big Mac *face palm. So 5 years on and if I had to identify the way I eat (which is not a DIET, it’s a lifestyle choice that I no longer even think about) I would say I still follow a ‘paleo template’ but all that means is that I eat a real food diet, I avoid processed junk & refined sugars, I don’t do dairy aside from butter because my body craps itself and gluten makes me feel like $hit so I do my best to avoid it. Legumes I have occasionally and I focus on food quality as much as possible and do my best to prioritise my money to allow for organic and free range produce. My training is far less focused on any fitness or strength goal but rather to be fit (enough), strong (ish, so I can lug G around) and mobile for life (so that I can still climb trees and play with G in 10 years time), I generally get in 2-3 sessions of some kind of movement each week, sometimes they are super effective like a PRIMALTHENICS SESSION, other times like yesterday I took G to the gym with me and instead of a workout we swung from the ropes and kicked a soccer ball around for 1/2 hour. Hardly aerobically effective but we moved and had fun so that’s a win.

Anyway, that was a lot of banging on when you really just came here for the spuds! You can absolutely sub in sweet potatoes if that’s your jam and basically top these bad boys with anything you like, I’m thinking bacon, anchovies & organic sour cream would be bloody epic too. You can make this vegan by using this VEGAN MAYO recipe and adding in the KIMCHI HOT SAUCE or Kimchi. 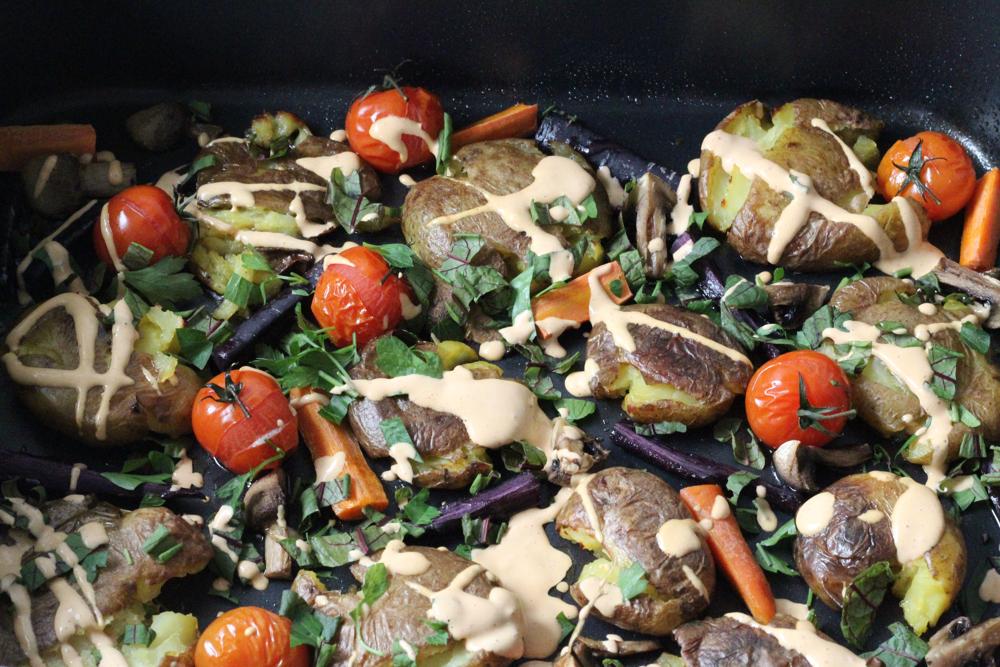